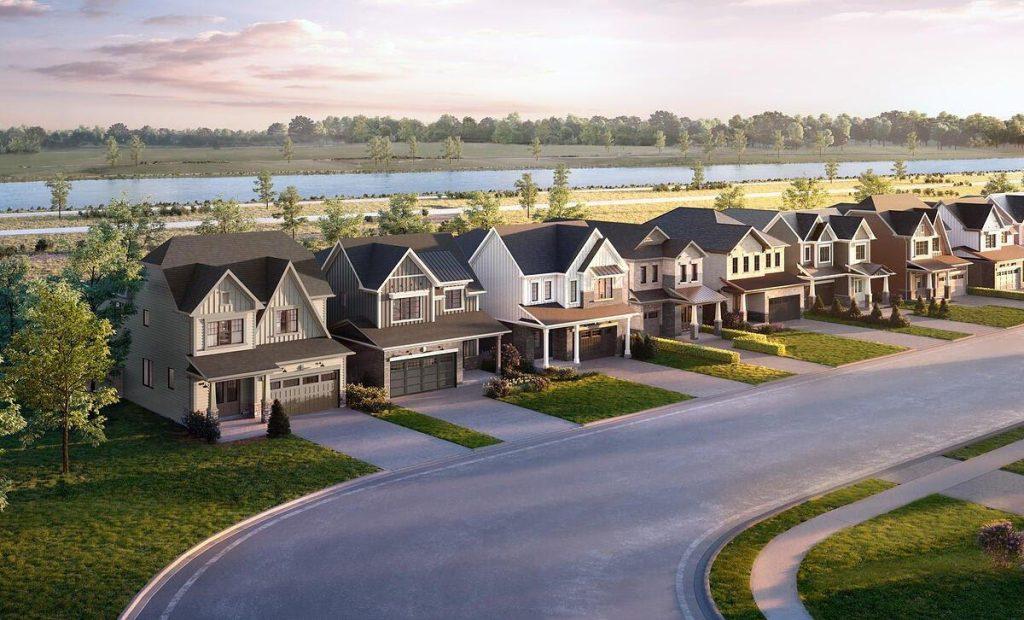 Gorgeously situated between the clear rivers of Welland, Empire Canals condominiums, townhomes, and detached houses are an innovative, master-planned community where you can meet like-minded neighbors and navigate life in your own way. Let’s delve deeper into the roots of this Empire Canals project.

If you are in search of a condominium in or around Welland, Empire Canals has all the qualities to be our ideal unit. Why?

Empire Communities’ Empire Canals project brings a real estate combination of townhomes and detached homes, with an aim to provide its residents with a master-planned community where they can lead a happy life.

As per the builder, there will be 2,200 units in different sizes. When it comes to features, it ticks all the boxes that a homeowner or an investor desires in their investment.

There are several reasons to think of Empire Canals condos, townhomes, and detached houses over other investment opportunities in Welland.

In Canada’s real estate industry, Empire Communities is a well-known and reputed builder. The highly appraised developer has been building communities since 1993. Until now, it has built around 28,000 homes.

Apart from around three decades of experience, Empire Communities has experienced real estate professionals. Today, it operates in two countries.

Empire Canals is a master-planned community that has more than just homes. The builder provides its residents with necessary facilities like new schools, roads, etc.

As Empire Canals is not the only community by Empire Communities in the region, and communities like Empire Avalon, Empire Imagine, and others are a company’s creation, the builder’s plan is to add similar features to all of its communities.

The community by Empire Communities is equipped with all those features that a potential home buyer or an investor dreams to have in their property.

In addition, for initial investors, the project has exciting features like VIP pricing, first access to floor plans, free lawyer review, and more.

One of the most obvious reasons to invest in Empire Canals condominiums, townhomes, and detached houses is the location. It is close to popular attractions like Niagara Falls and Lake Erie. Also, the Canada-US border is just a minute away from the community.

The Welland region is predicted to grow immensely in the near future. Apart from beautiful locations, it will attract new jobs to the area. It means more people will come to the region, which grows the chances of getting tenants at a high price.

How To Invest in Empire Canals?

Empire Canals condominiums, townhomes, and detached houses are tempting. Aren’t they? If you are thinking of investing in the project, now is the chance. The community is slated to be completed in 2023, which means you don’t have many months to make an investment in a pre-construction project.

New Condos GTA can help you get your unit in the community. We can provide you with first access to pricing and floor plans. Also, we’ve experienced real estate professionals who give you the right guidance. Call us at +1 416 301 4691 to know more!